Our Counselors & Therapists Are Here To Help You No Matter What You Are Going Through.
Our Clinicians Are Compassionate & Use Advanced Counseling Methods.

Life. You don’t have to walk it alone.

Life can feel like a grueling mountain climb, with forces coming at you from all sides. You may feel defeated, exhausted, and wonder if you have what it takes. You don’t have to go at it alone. Many of our clients have felt the same way you’re feeling now. And being their trusted guide, we’ve expanded their perspectives to experience hope and possibility in their lives again.

Just like there’s no one-size-fits-all approach to life, we feel the same way about helping our many clients with the mountains they want to climb over, around, or under to get to the other side. If you’d like a guide as a companion to navigate your epic journey, we’d be honored to be that guide for you. Our team of certified clinicians has compassionately and effectively guided our clients through many scenarios and we can do the same for you.

How can we serve you?

Attention-deficit/hyperactivity disorder (formerly known as attention deficit disorder or ADD) is a neurobehavioral condition characterised by core symptoms of inattentiveness, distractibility, hyperactivity, and impulsivity. ADHD is regarded to be the most common youth mental health issue, with estimates ranging from 5 to 11 percent in children. Adult ADHD is estimated to be less common, with 2 to 5% of people being diagnosed.

ADHD symptoms can wreak havoc on job, school, household activities, and relationships, and managing the illness can be difficult for both children and adults. Fortunately, there are therapies that have been demonstrated to be beneficial, and anyone affected by ADHD may acquire coping techniques to work around difficulties and utilise their strengths, as many successful people with ADHD have done.

A person with an addiction takes a substance or engages in a behavior where the rewarding effects give a compelling reason to continue the activity despite the negative repercussions. Addiction can involve the use of substances like alcohol, inhalants, opioids, cocaine, and nicotine, as well as activities like gambling.

Read more about our addictions counseling service. If you want to book with a counselor, call us today at (210) 818-1707

Anger is a fundamental human emotion, much like happiness, sorrow, worry, or disgust. These emotions are linked to basic survival and have been developed throughout human history.

Anger is associated to the sympathetic nervous system’s “fight, flight, or freeze” reaction; it prepares humans to battle. Fighting, on the other hand, does not always entail throwing punches. It may inspire communities to fight injustice by enacting new laws or enforcing new norms.

Of course, if anger is used excessively or regularly, it can strain relationships and harm one’s physical health in the long run. Prolonged production of stress chemicals associated with rage can kill neurons in brain areas associated with judgment and short-term memory, as well as weaken the immune system.

Learning skills to identify and navigate this powerful emotion can lead to growth and change for those who deal with chronic anger or who just have occasional outbursts.

Anxiety is a mental and bodily state of anticipating the worst. It is characterized mentally by elevated alertness and trepidation twisted into excruciating worry, and physically by uncomfortable activation of many body systems—all to facilitate response to an unknown danger, real or imagined.

Read more about our anxiety counseling service. If you want to book with a counselor, call us today at (210) 818-1707

Whether we are a bit of a loner or prefer crowds, the interpersonal patterns we create from infancy shape our personal relationships and, in the long run, have a huge impact on our fulfillment and pleasure. Whether you’re preparing for marriage, experiencing family issues, sexual difficulties, relationship in a downward spiral or giving it one more shot, our skilled clinicians can help.

Read more about our couples counseling service. If you want to book with a counselor, call us today at (210) 818-1707

Depression, the mood illness, may appear out of nowhere, or it may follow a defeat or personal loss, resulting in persistent emotions of despair, worthlessness, hopelessness, helplessness, pessimism, or guilt. Depression also has an impact on focus, motivation, and other areas of daily functioning.

Depression is the largest cause of disability worldwide, according to the World Health Organization. More than 300 million people of all ages worldwide are affected by the condition. And the disorder’s prevalence is rising everywhere. Americans are preoccupied with happiness, but they are becoming progressively depressed: Around 15 million Americans suffer with the condition, with a growing percentage of them being young individuals.

Depression manifests itself in a variety of ways, ranging from serious depression to dysthymia and seasonal affective disorder. Bipolar disorder is also characterized by depressive periods.

Depression is a complicated disorder that affects numerous body systems, including the immune system, as either a cause or an effect. It interferes with appetite and interrupts sleep; in some situations, it produces weight loss; in others, it contributes to weight gain. Anxiety is frequently associated with depression. According to research, the two disorders not only co-occur but also overlap in vulnerability patterns.

Read more about our depression therapy service. If you want to book with a counselor, call us today at (210) 818-1707

Individual therapy differs from group or alternative therapy methods in the way that you are the sole focus of a single therapist who helps you develop and achieve your goals for therapy.

Group therapy may have its own set of numerous advantages but if you want more control over the pacing of your therapy, the methods used, the amount of analysis or feedback you can receive, and the timing of your sessions, you owe it to yourself to look into individual therapy.

Read more about our individual therapy or counseling service. If you want to book with a counselor, call us today at (210) 818-1707

Finding a qualified mental health professional who has experience and familiarity with the challenges members of the LGBTQIA community frequently face can be critical to successful therapy outcomes when seeking therapy, whether for issues related to one’s sexual, romantic, or gender identity or for concerns related to mental health.

Obsessive-Compulsive Disorder (OCD) is a mental health disorder that affects people of all ages and walks of life. It develops when a person becomes trapped in a cycle of obsessions and compulsions.

Obsessions are intrusive, unwelcome thoughts, ideas, or desires that cause profoundly painful feelings.

Compulsions are activities that an individual engages in in order to free himself or herself of obsessions and/or reduce distress.

People who suffer from social anxiety disorder have a continuous, severe, and chronic fear of being observed and judged by others, as well as being embarrassed or humiliated by their own actions.

Their anxiety may be so intense that it interferes with their ability to work, attend school, or engage in other activities.

Read more about our Social Anxiety disorder counseling. If you want to book with a counselor, call us today at (210) 818-1707

Trauma is a person’s emotional reaction to a traumatic situation. Few people go through life without experiencing some form of trauma.

Unlike typical trials, traumatic experiences are unexpected and immediate, represent a major threat to life (such as bodily injury or death), and feel out of a person’s control.

Most importantly, incidents are distressing to the point where they undermine a person’s feeling of safety in the world and generate the impression that disaster could strike at any time.

Childhood parental loss, car accidents, physical abuse, sexual assault, military combat experiences, and the untimely loss of a loved one are all examples of traumatic occurrences.

Online therapy (or teletherapy) refers to mental health services and counseling that are delivered via the phone or the internet rather than in person.

While some therapists only meet clients online, many others see them via a combination of video calls, phone conversations, and in-person sessions.

Call or Request An Appointment

Call or request an appointment to meet with one of our certified clinicians.

Your counselor will proactively listen to what you’re dealing with and determine practical next steps.

Together, both of you will navigate the epic terrain of your journey. With you leaning into the process, breakthroughs and victory is yours. 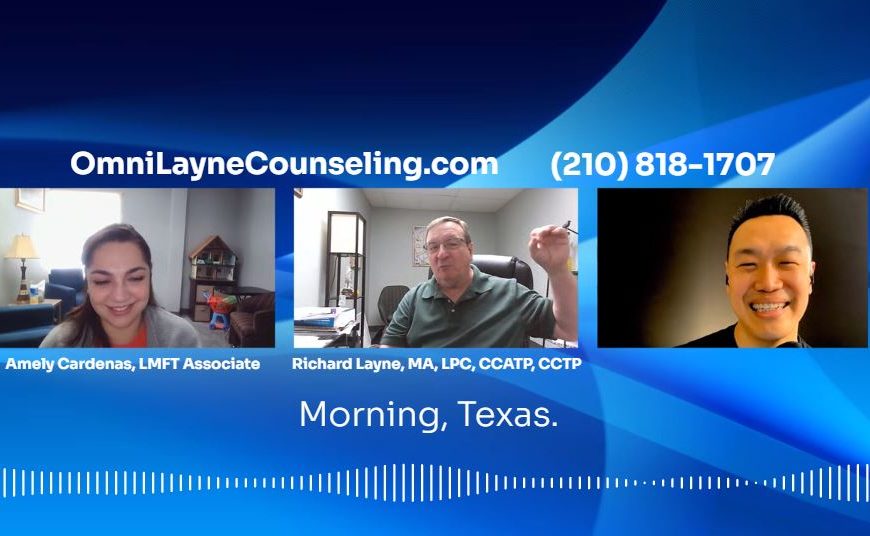 Ep.3 – Impact of Labeling in Therapy